Chapter 1 – The Presence Of A Demon

I open the lid of the coffin, thinking my body hurts a little from sleeping too much.

Perhaps the lid of the coffin was broken because it hadn’t been moved in a long time.

It’s not unreasonable to make that assumption.

If my <<Reincarnation Magic>> is successful, then currently, it is 200 years into the future.

This coffin is probably deteriorating in many places.

As I went out into the distance light, I saw my smaller limbs, and unconsciously gasped in astonishment.

My soul is safely inside the vessel I had prepared.

Incidentally, the model for this body that was prepared for reincarnation was created based on images of my childhood during my lifetime.

In fact, I could have adjusted my appearance a bit more, but I couldn’t completely discard the old appearance that I was fondly attached to.

In any case, there shouldn’t be a single acquaintance left 200 years into the future, so it wouldn’t matter if I retain a semblance to my old appearance.

“Let’s see. As I recall, there should be a mirror around here…”

I looked around, but there was nothing of the sort.

The full-length mirror that should have been propped up in the chamber seemed to be buried underneath the rubble. It appears to have been knocked over by an earthquake or something.

That is when my thoughts were interrupted.

“It’s the presence of a demon”

Listening carefully. I can hear footsteps reverberate through the cave.

Judging by the footsteps, the gender is female.

The demon seems to be mimicking a human being.

The demon is good.

If it were anyone other than me, it would be difficult to see through her disguise.

There were supposed to be multiple layers of barriers placed around the cave to prevent anyone from entering.

How did she get in? I didn’t think that after 200 years, not only the coffin but also the barriers have deteriorated.

If it was me from my previous life, I would be able to defeat her without any problems, but I don’t know how much I can do with this current child’s body.

I only have one chance to launch a preemptive attack.

As soon as this woman opens the door, I’ll use the most powerful magic I can construct right now.

If I can make the first move successfully, even with my child’s body, surely I will have the advantage here.

At that moment, the heavy door slowly opens.

When I saw her, I almost unconsciously undid the magic I was in the process of constructing.

That’s just how beautiful she is.

The color of her eyes is blue.

It’s the <<Blue Eyes>> that specializes in water attribute magic.

She has silver hair as glossy as silk and skin as white as a cloud.

Suddenly, the slender woman dropped the wooden basket she was holding in her hand.

“I’ve waited so long for this day. So long…”

That’s because the demon woman in front of me sat there with tears spilling out of her eyes.

“My apologies, Abel-sama. I’ve been waiting for you for a long time”

She’s been waiting for me?

No, wait. I don’t remember seeing such a beautiful woman before.

I’m not proud of it, but in my previous life, I was so absorbed in my research of magic that my life was completely devoid of any intimate relationships with the opposite sex. 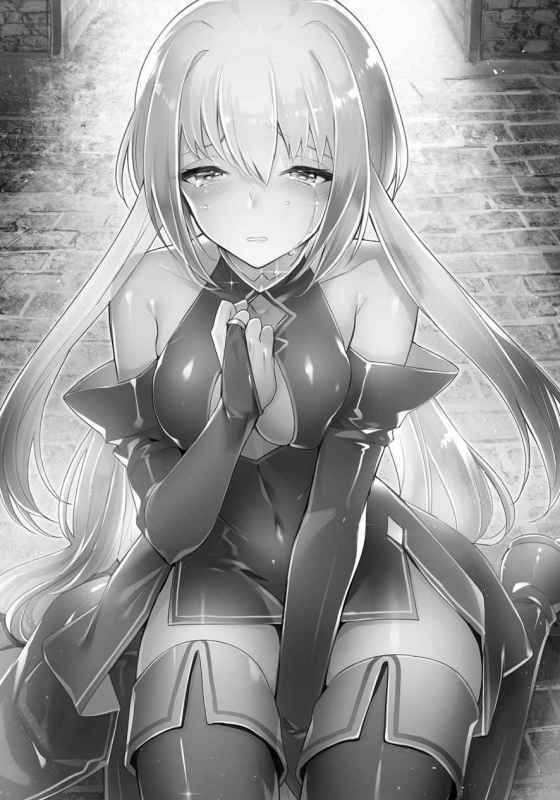 But if those tears are real, then she’s putting up a great performance.

If what she said was true, that she was waiting for me. Then who is she? Do I know any demons?

Suddenly I was hit with a sense of deja vu.

I’ve seen her before. That face looking up at me while sobbing.

‘Unbelievable! That child is an enemy of humanity!’

I can still vividly remember that day.

The day after we had defeated the Demon King, I had saved the life of a demon’s daughter on a whim.

She had the misfortune of failing to escape the castle and was about to be killed simply because she was the daughter of the Demon King.

That’s right. I know her name.

After 200 years, the little girl of the demon race who was previously in her adolescence has grown up to be about 20 years old in appearance.

“Ever since you saved my life 200 years ago, I was determined to repay you for your kindness! I heard that you left the Hero party and disappeared somewhere…. After over a hundred years of searching the world, I finally found this place”

So that was the case.

To have let a demon find my hideout, guess I should have been more careful.

As I suspected, the barriers that I have placed in the cave have weakened over time.

If I have another chance to reincarnate, I’ll have to make some adjustments to that problem.

“By the way, Lilith. Your eyes were supposed to be the same <<Amber>> color as mine, but…did I remember it wrong?”

I’ve been wondering about that since a while ago.

Mainly because Lilith’s eyes had changed from <<Amber Eyes>> to <<Blue Eyes>> in the time we have not seen each other in a long while.

It’s no exaggeration to say that the color of the eyes constitutes the ‘Color of the Soul’ that makes up the individual.

How did she easily discard the <<Amber Eyes>> that even I couldn’t after my reincarnation?

“That’s right. I think it’s quicker to show you these things in person than it is to explain them to you”

Lilith’s next action was one that took my breath away.

As I was wondering what she meant, Lilith stuck her hand onto her own eye and started peeling something off.

“This item is called colored contact lenses. Once you get used to it, it is surprisingly painless and you can put it on without feeling any discomfort at all”

So this translucent sheet can change the color of the eyes.

In my time. It seems like an item that anyone could have come up with, but no one was able to make that a reality.

A dry laugh naturally leaked out.

As I thought, it was right that I took risks and reincarnate 200 years into the future.

The reason for our conflicts can be solved by this single translucent sheet.

“Abel-sama. We have a lot to catch up on, but if you don’t mind, can we change the location? There’s a house that I’ve prepared nearby”

I’m curious about Lilith’s story, but I still want to see and experience ‘New Discoveries’ in the outside world with my own eyes.

Lilith picked up the basket she had dropped and pulled something out of it.

It was a long, narrow piece of cloth, and was woven with fluffy thread that makes one feel warm just by looking at it.

As I was wondering what it is, Lilith suddenly starts wrapping it around my neck.

“What’s this? Is it some kind of scarf?”

When I asked, Lilith smiled at me.

“This is for protection against the cold, called a muffler. It’s a little different than what it was called 200 years ago”

said Lilith as she took my hand.

She starts walking slowly to match my little strides.

We went out of the cave.

My breath is white, but more importantly, the world was white.

No one’s footprints are yet to be seen on the freshly fallen snow, too.

“All right. Shall we go? Abel-sama”

I nodded and took a step onto the snow of this new world.